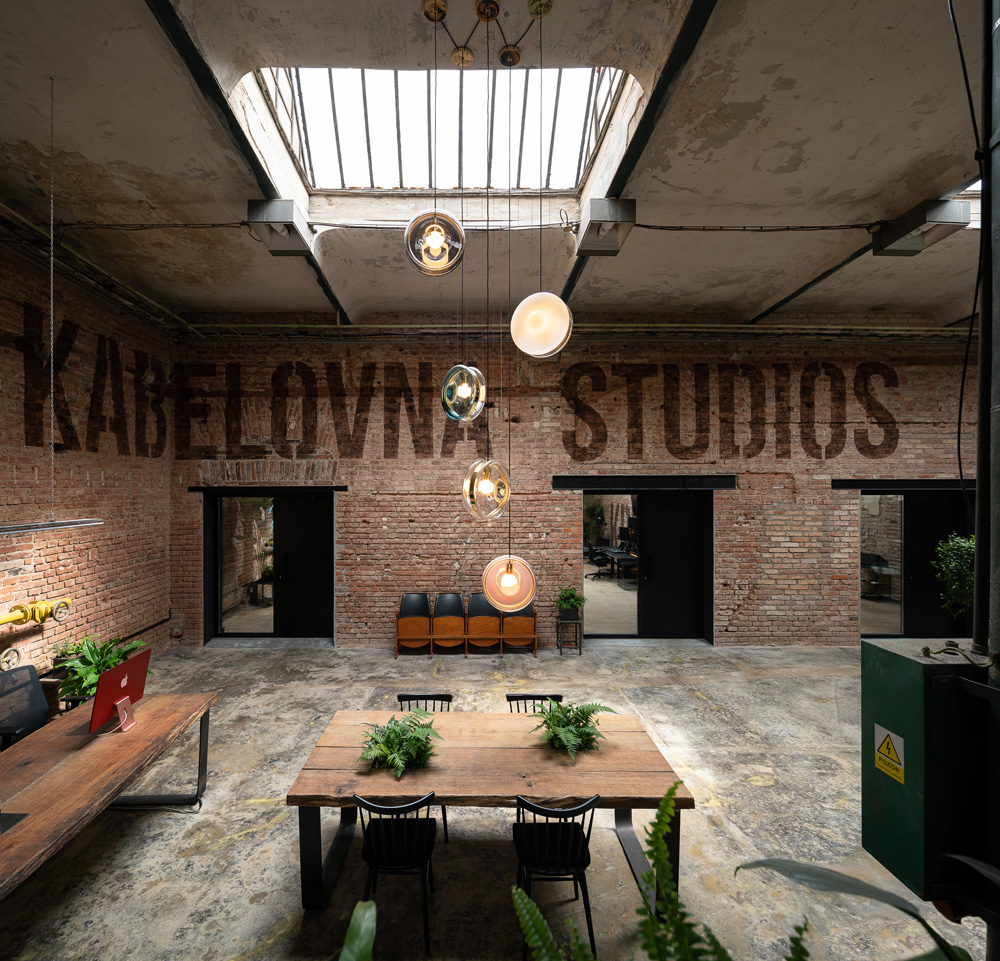 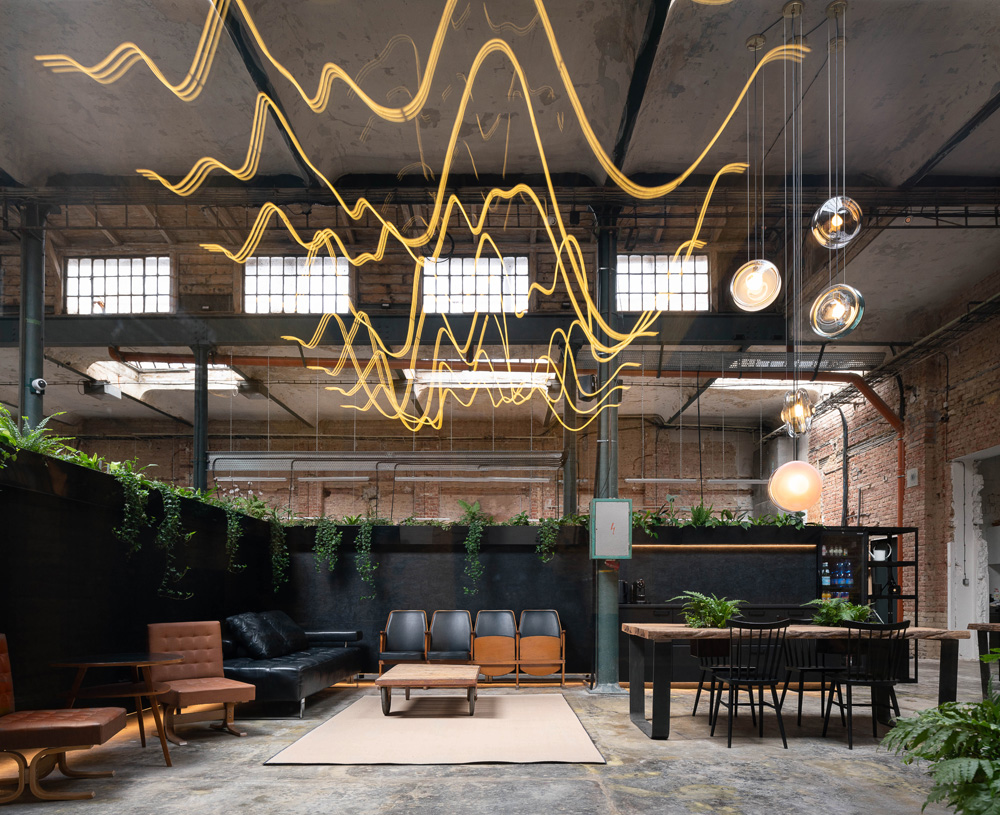 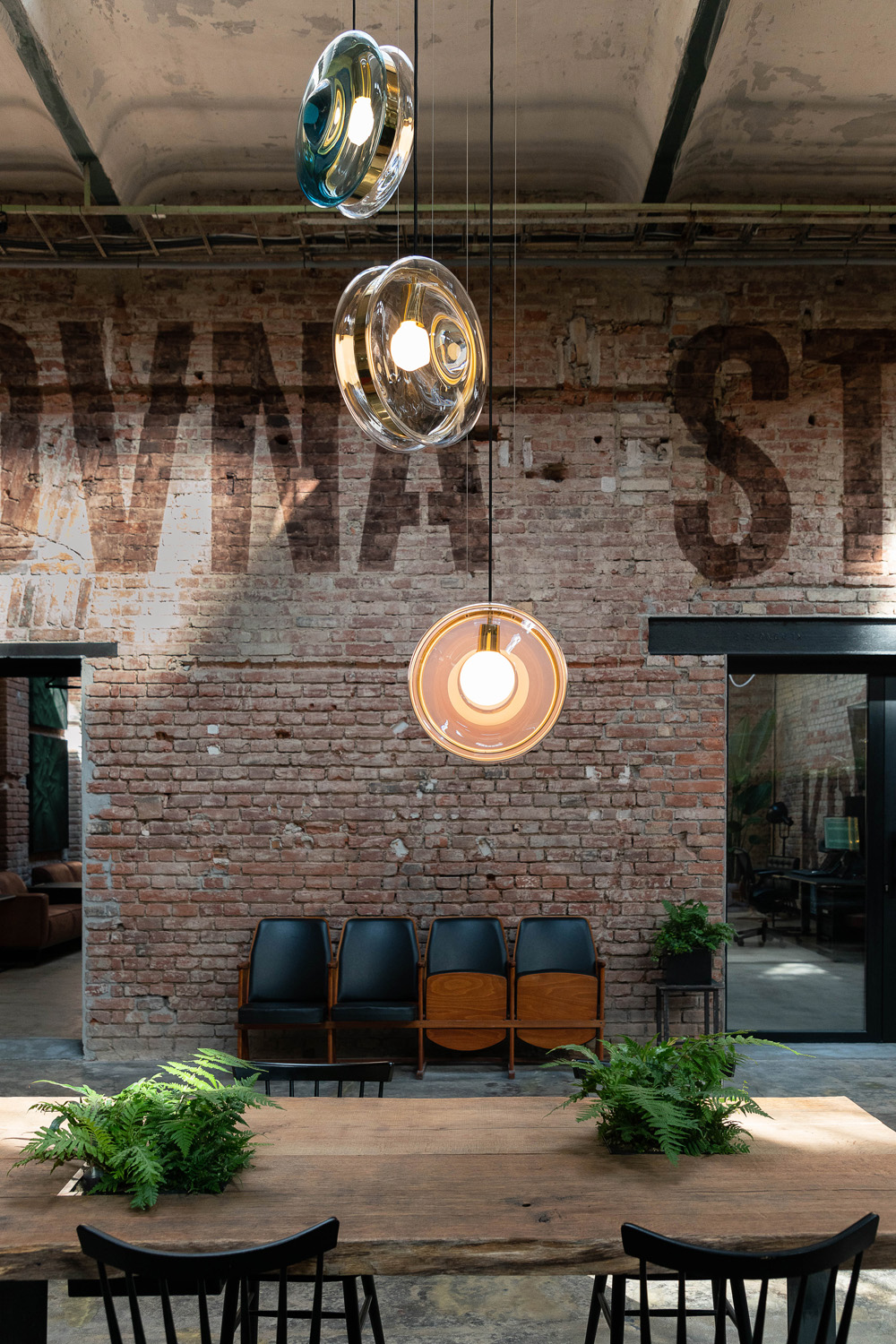 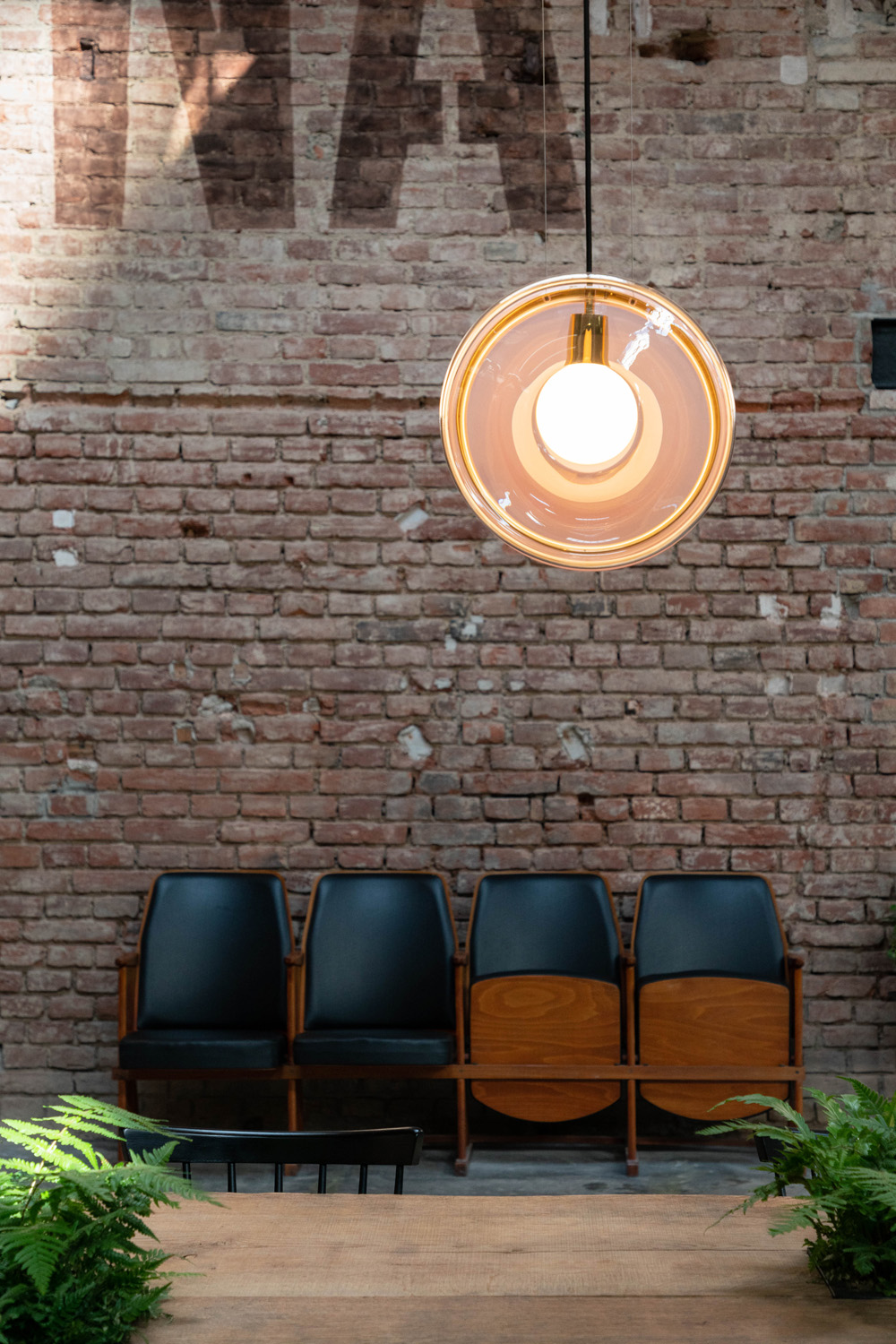 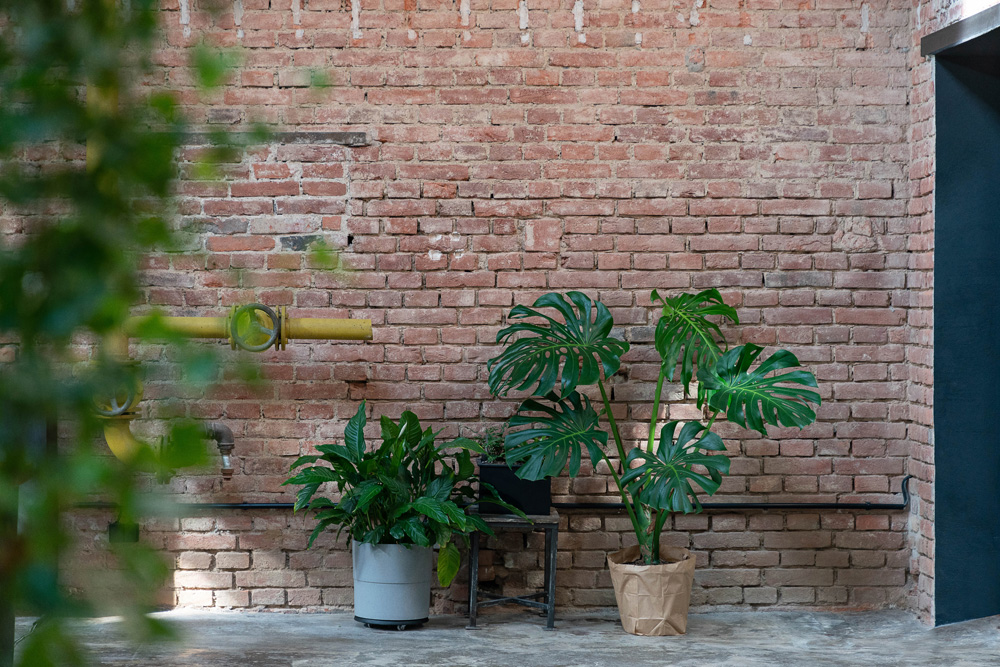 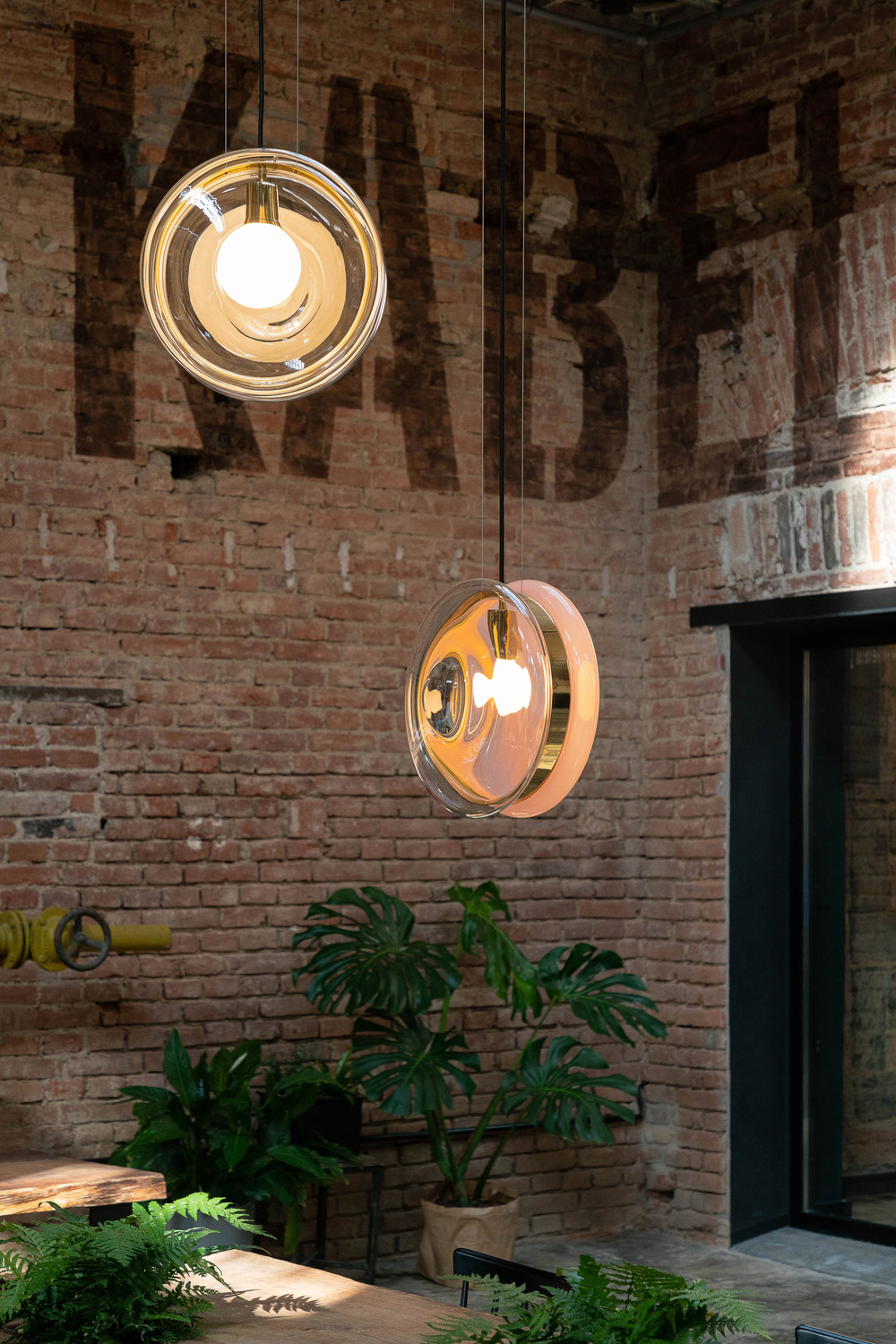 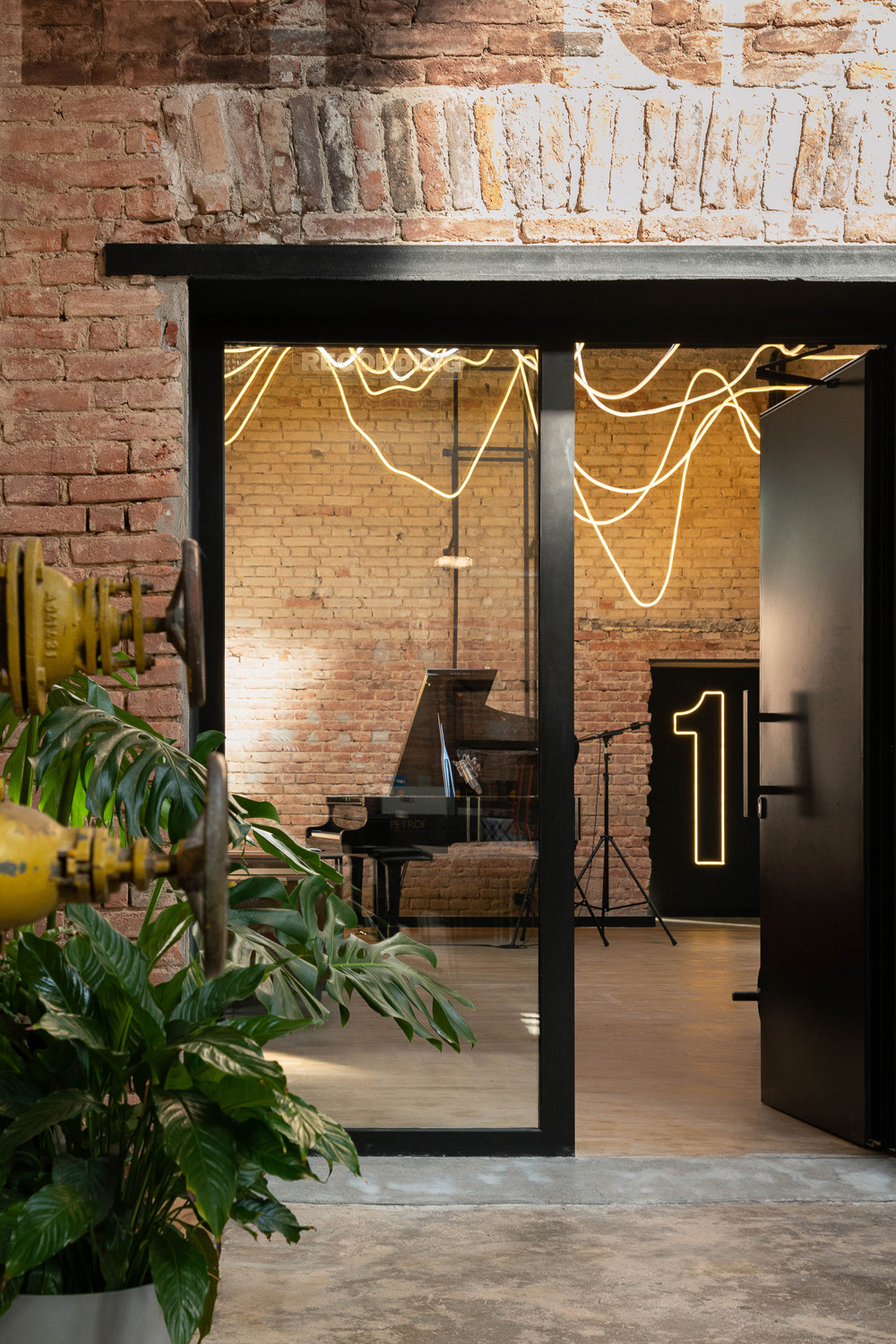 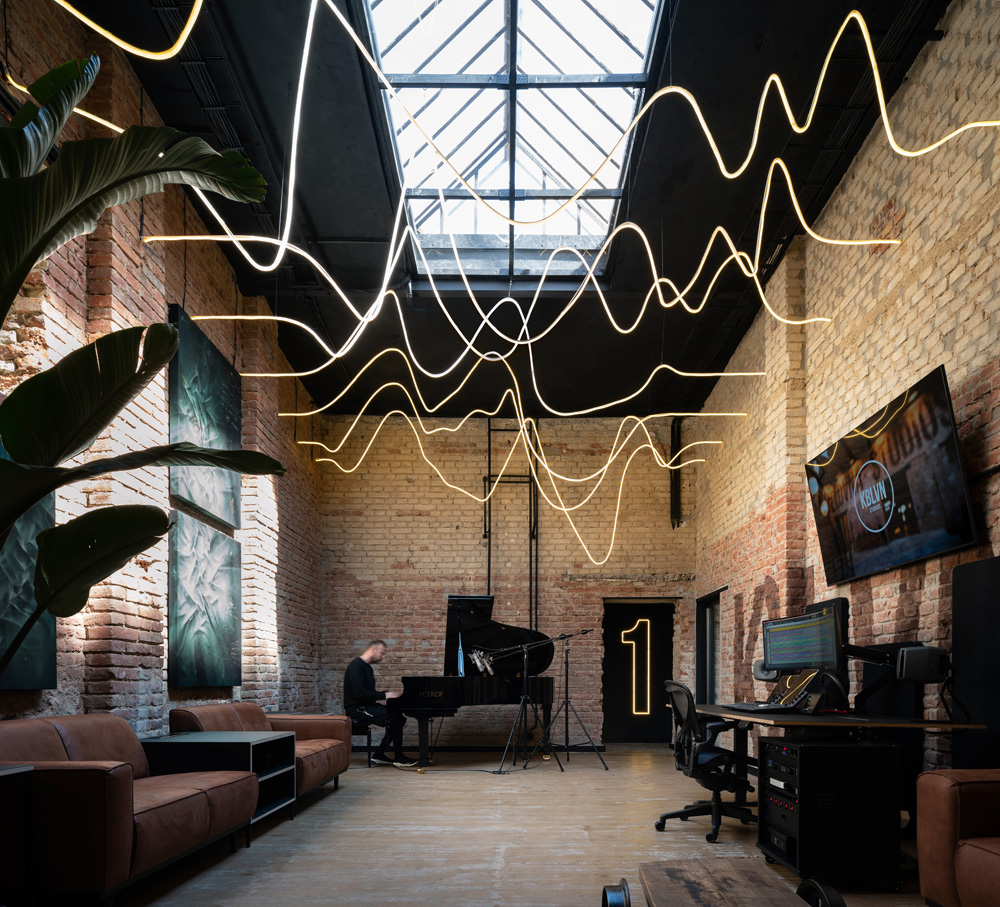 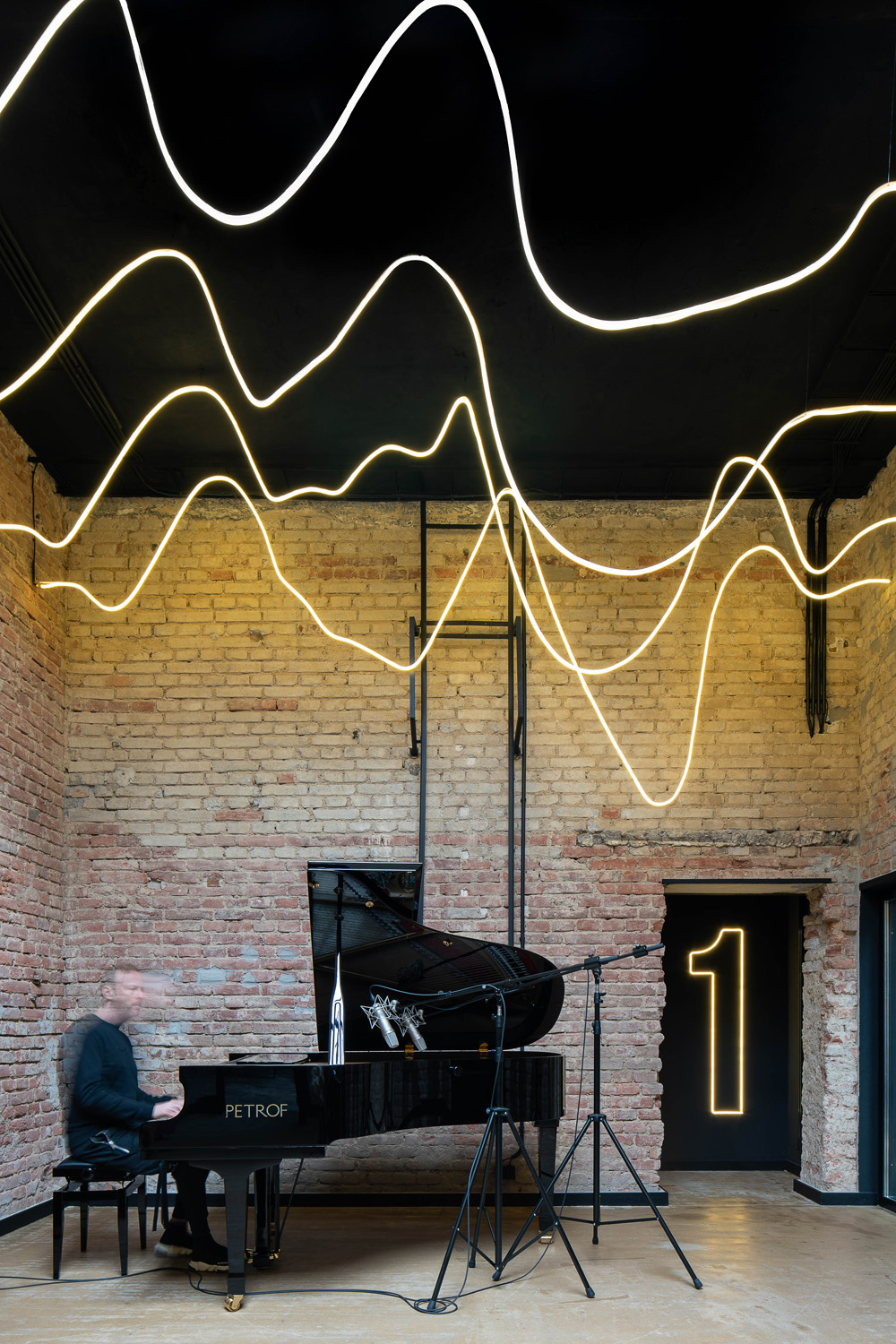 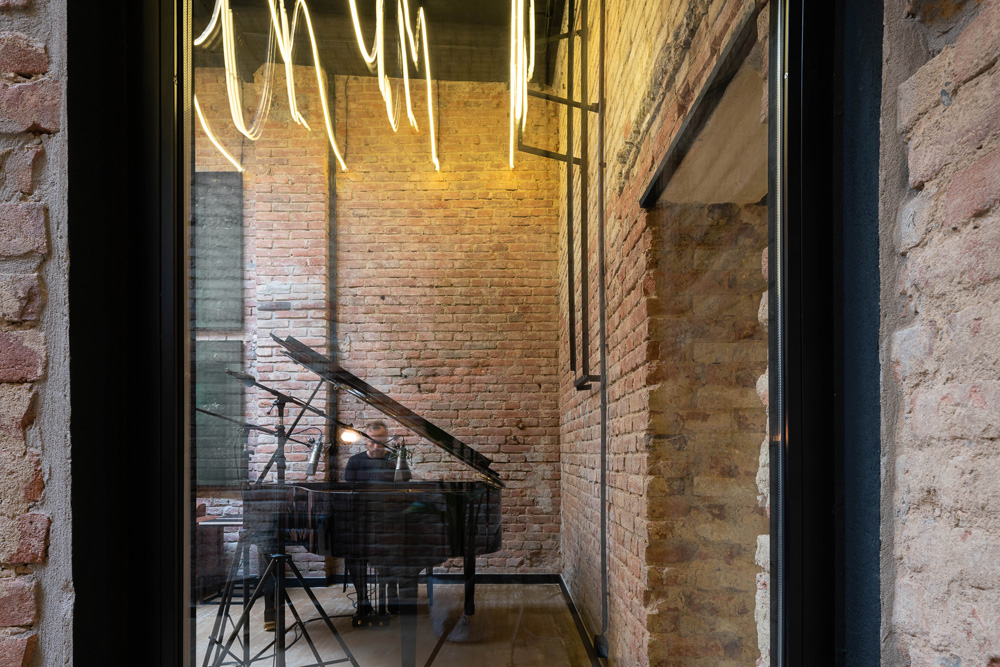 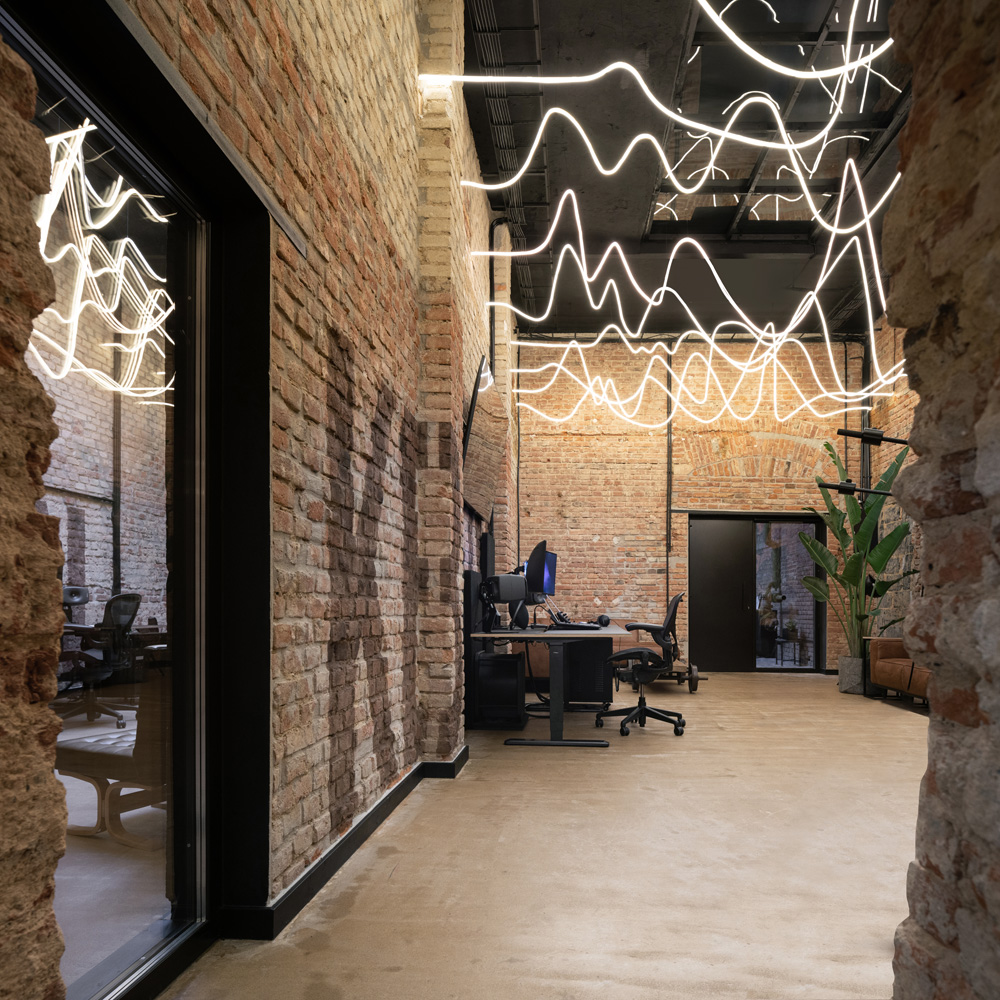 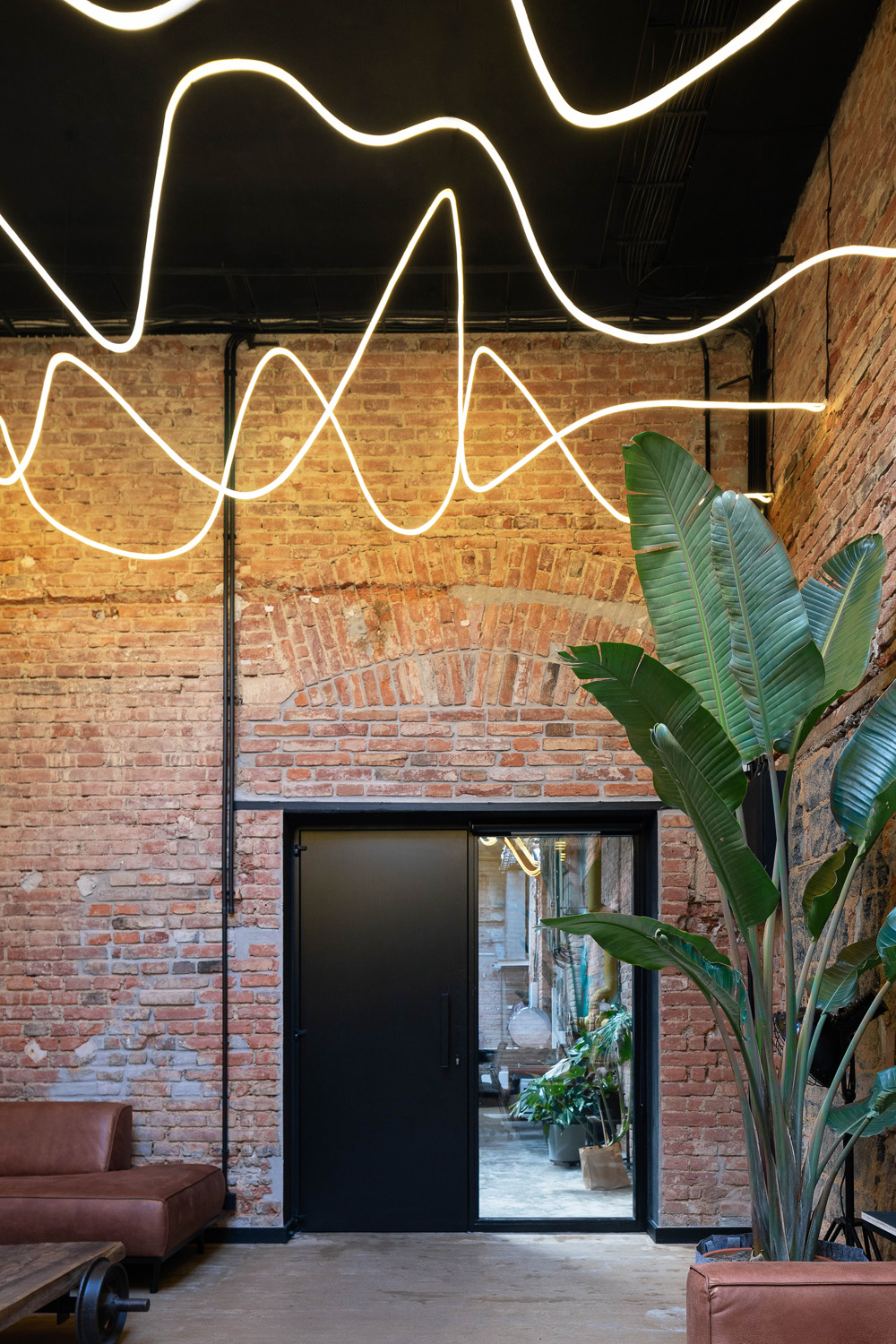 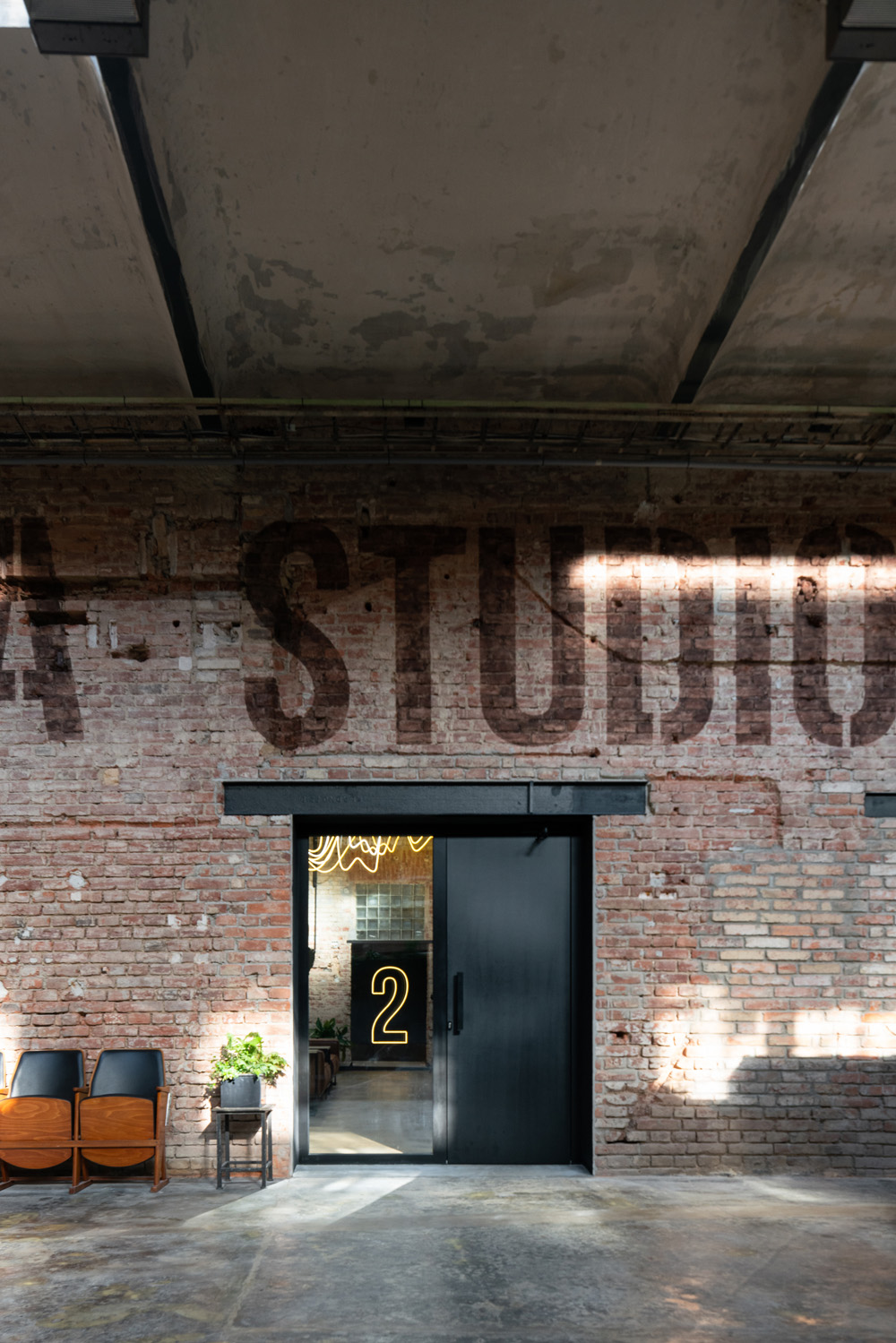 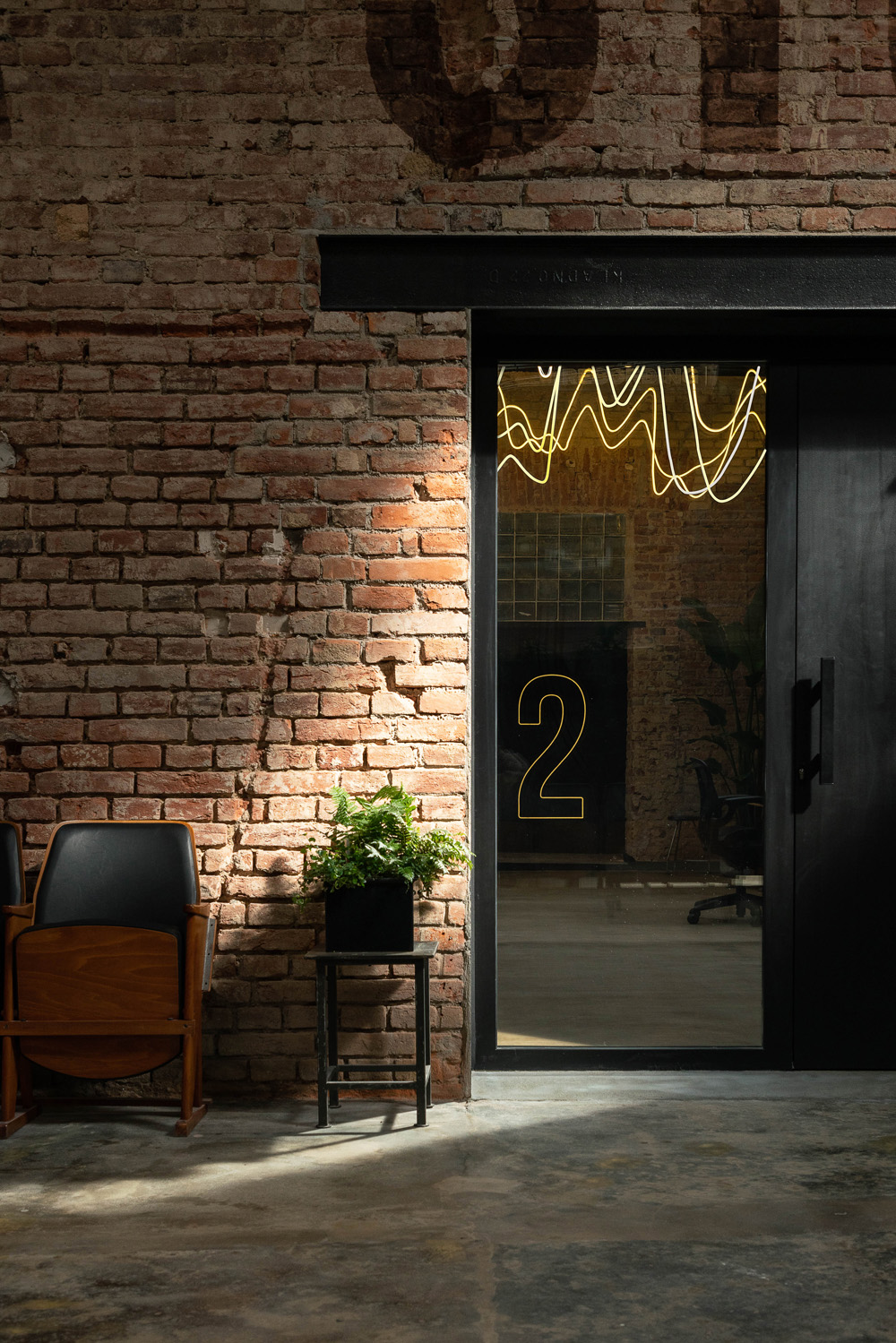 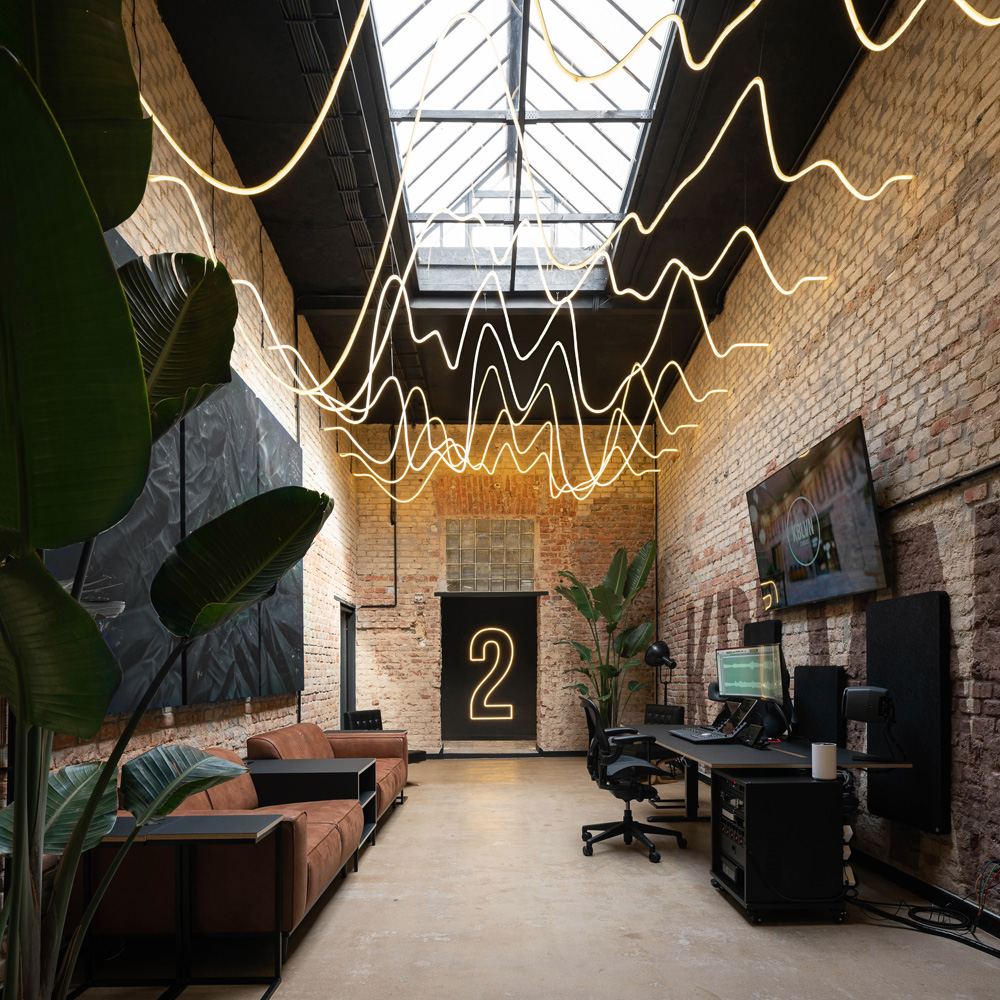 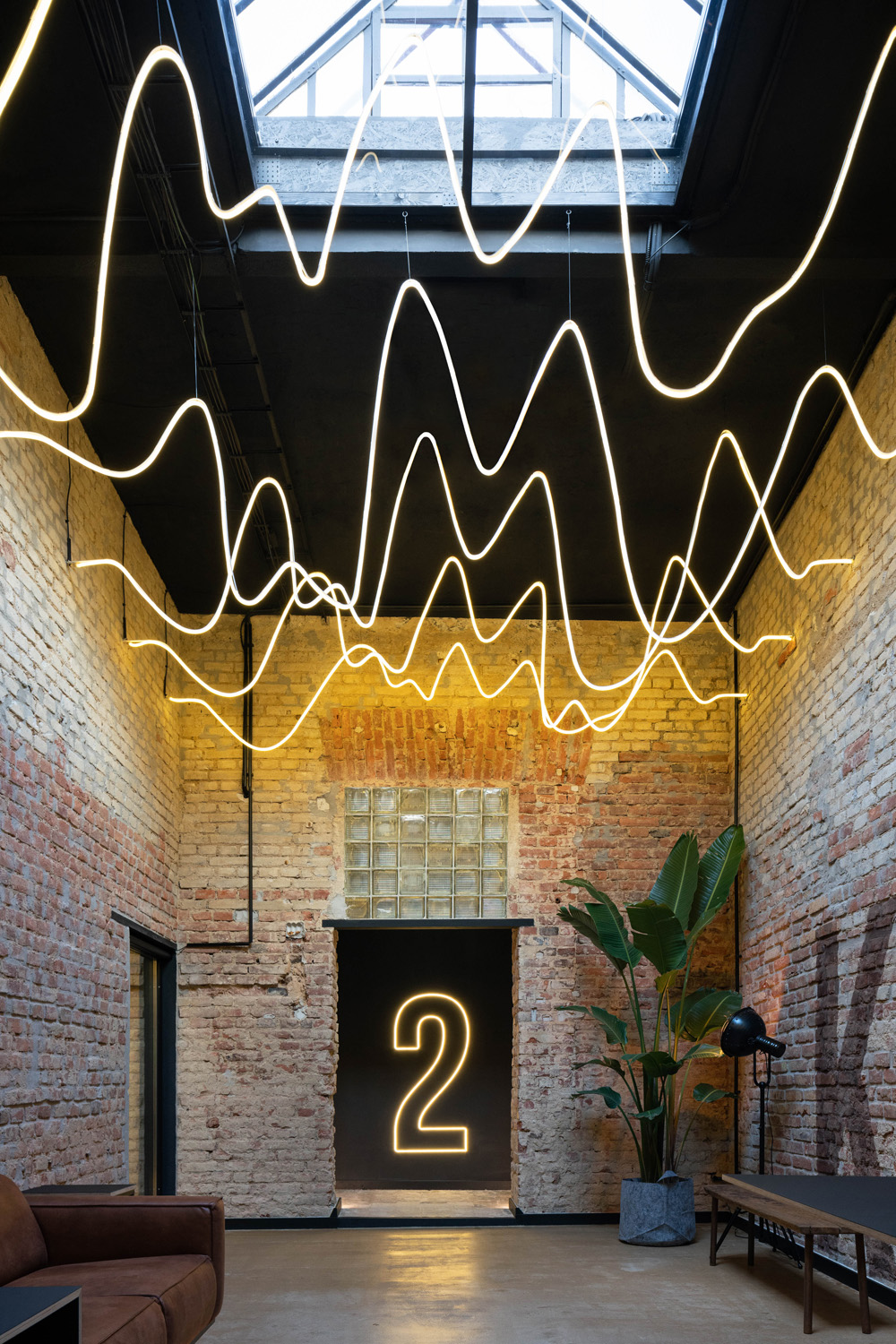 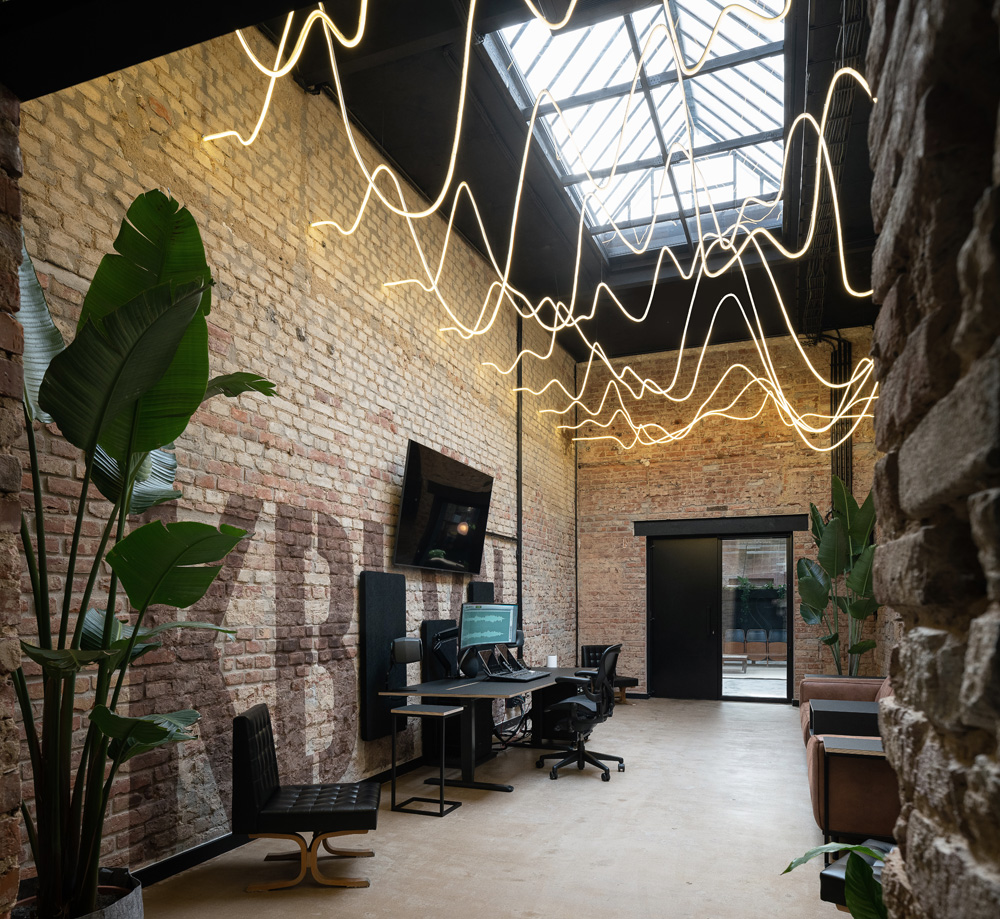 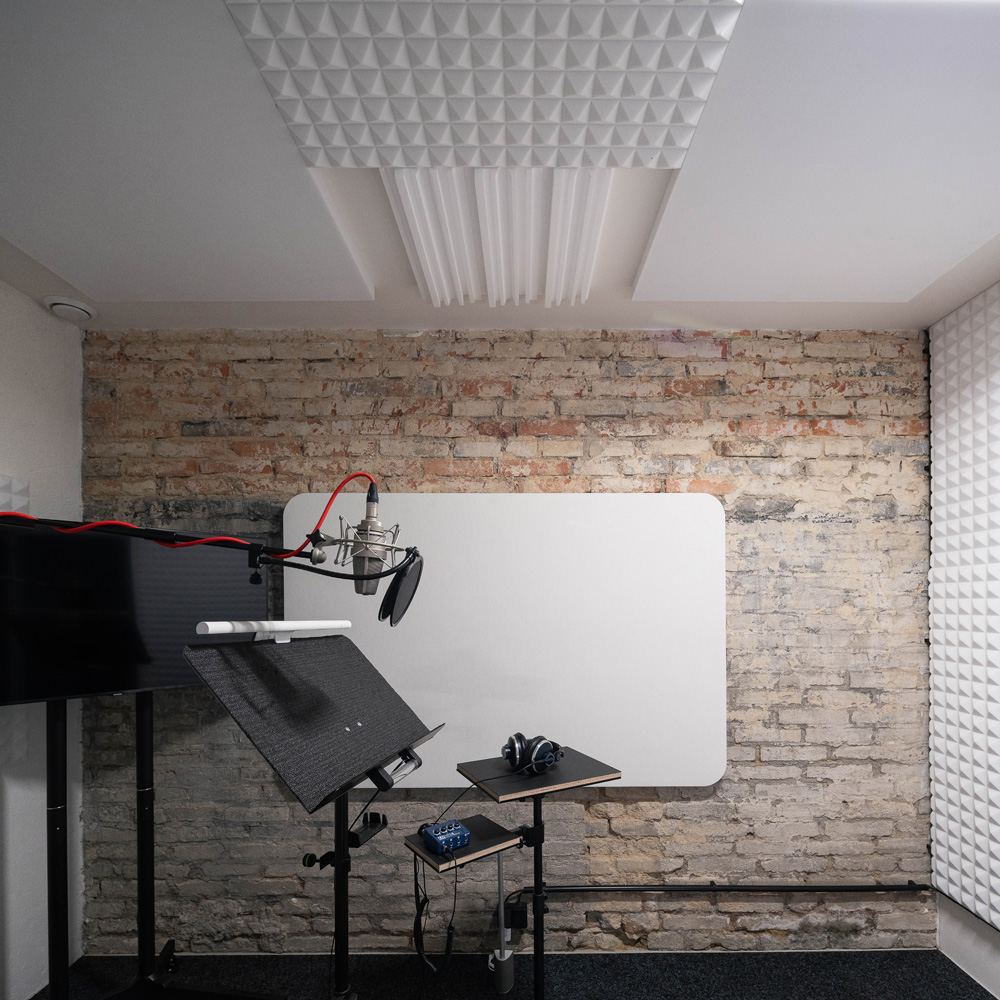 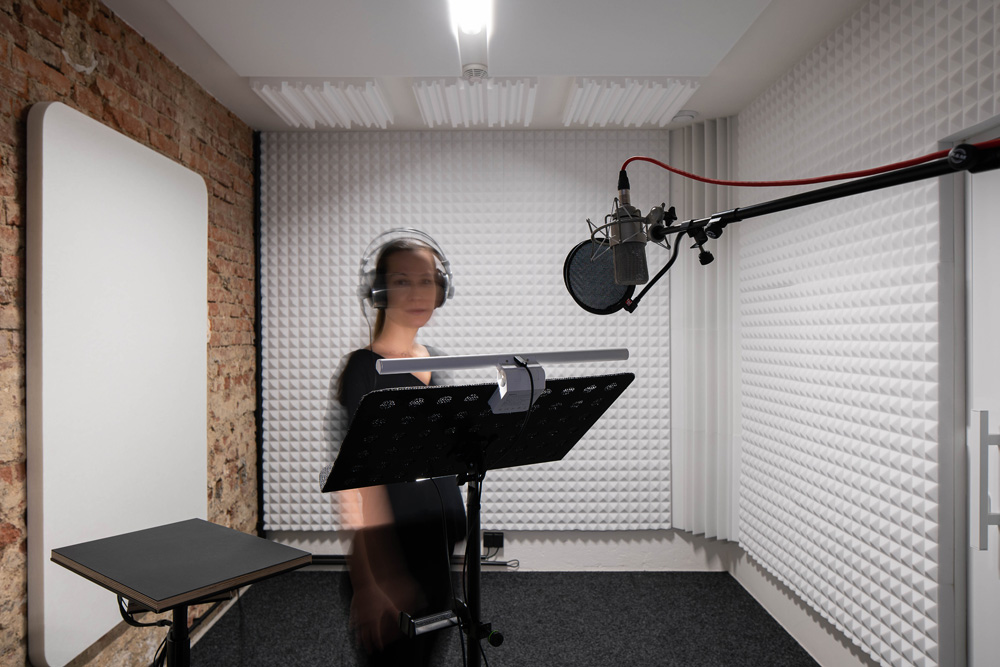 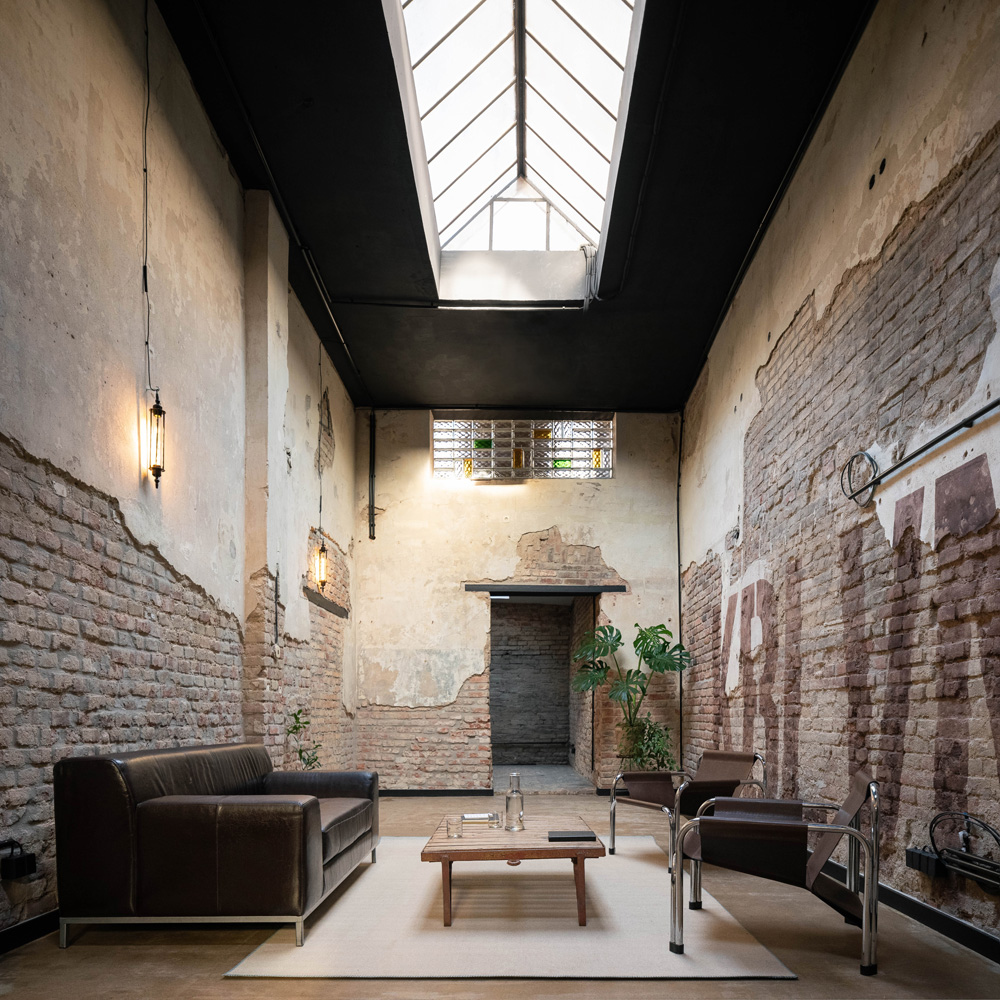 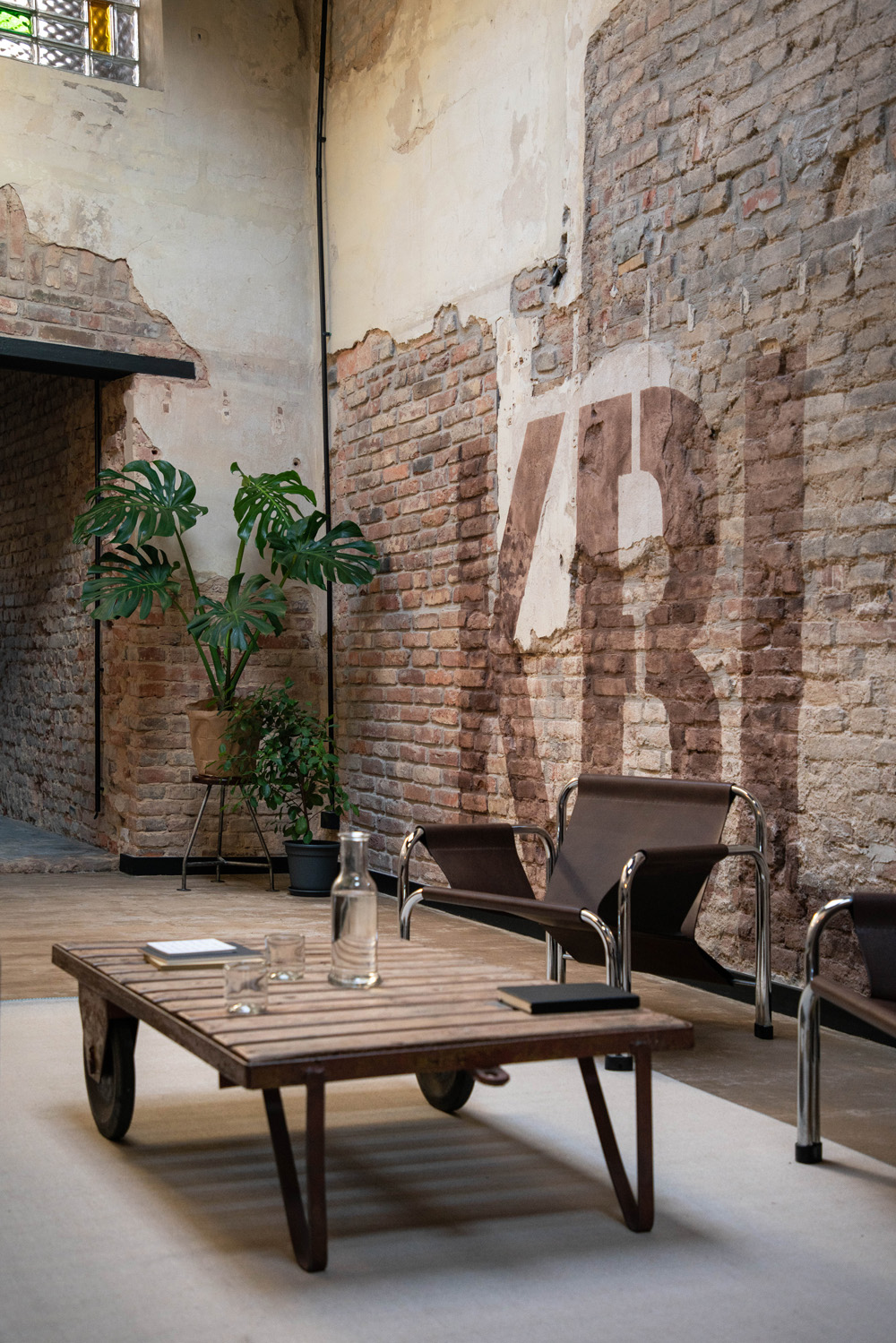 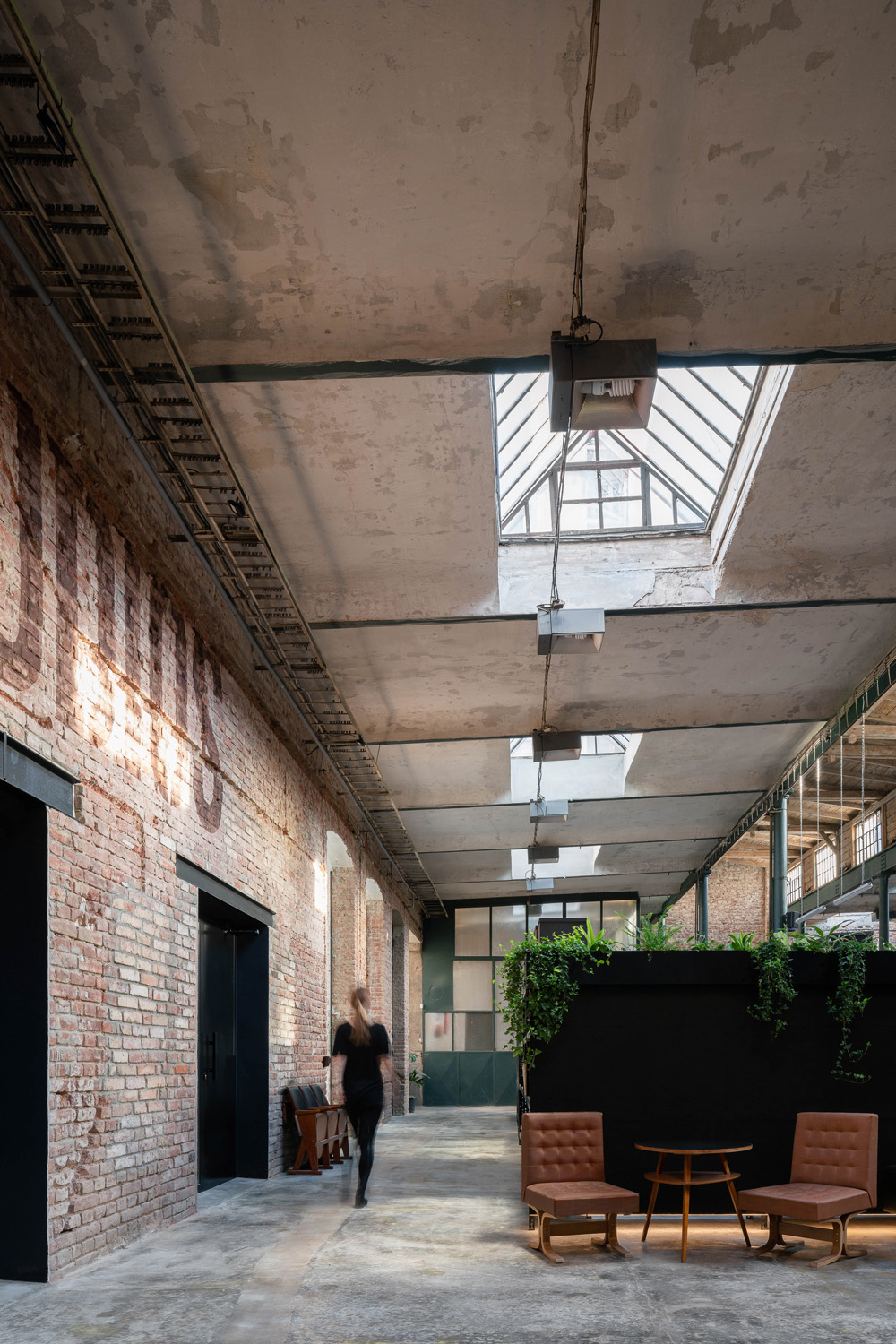 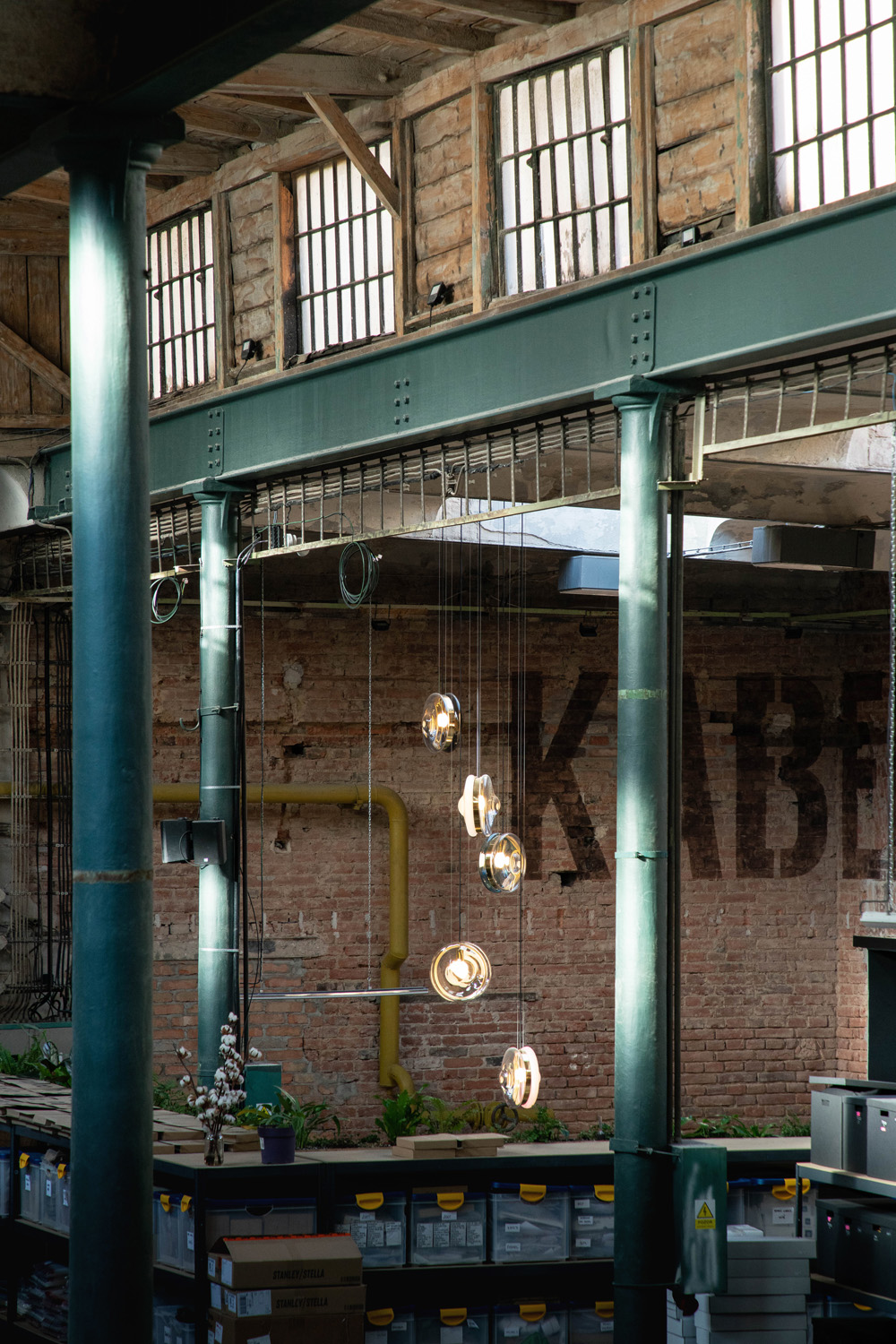 Kabelovna Studios are located in a former electrical cable-making factory in the district of Holesovice, in the heart of Prague, Czech Republic. The facility, which was constructed in 1908, is a part of Prague’s workers’ colony from the 1870s.

Since then, the area has developed around the former factory, while preserving the industrial atmosphere that exists within the city block that houses it. The hall in which the studios are set brings together several artistic entities: a fashion designer, a painter, a screen-printing production business, and lastly the recording studios, thus creating a vibrant creative environment.

This is a new concept for what the post-production and music recording environment could look like: studios that connect an authentic industrial aesthetic with natural elements of light that beam through large skylights and well-placed glass partitions. All while the restored brick walls of this former factory not only work perfectly with the acoustic requirements of a modern recording studio but completes the space beautifully. Not to mention, these walls are complimented with the diffusing properties of acoustic panels and by the five-meter tall, sloped ceilings.

Entranced by the location’s strong character and genius loci, the architects decided to highlight it as much as possible. A new beige anhydrite floor unifies the space and allows the walls and other existing textures and elements to become the focal point. Black was used for the new modern inserts – such as the doors or technical equipment, but also to act as a background for the older furniture pieces and the custom-designed light fixtures.

The spatial organization is simple and intuitive. It starts with a large gathering room, or rather the studio’s living room which is located in the tallest area of the hall. It welcomes guests with a reception table, a seating area, and a kitchen line, while the recording studios are accessible behind partially glazed doors.

The “living room” is dominated by a Bomma Orbital chandelier which floats above a massive wooden table which further enhances the sense of height in the space. The plants, which freely establish themselves over the black walls, separate the reception from the rest of the hall’s inhabitants and are housed in carefully concealed planters. Each recording studio is equipped with its own white voice over booth.

The refurbished furniture and the overall composition of the space creates an inspirational yet cozy atmosphere. The seating is a combination of recycled leather seats and black leather armchairs from the 1970s. The foldable seats, previously used in a real theater, are placed in the studio’s “living room” to encourage more guests to be a part of the inevitable parties.

The neon lights, designed by the architects, are also a nod to the studio’s function. A visual of the large warm sound waves that dominate the ceilings of the recording studios and constantly change as they move through the space. These delicate structures are adorned by a neon number assigned to each studio and invites the artists to explore the room.